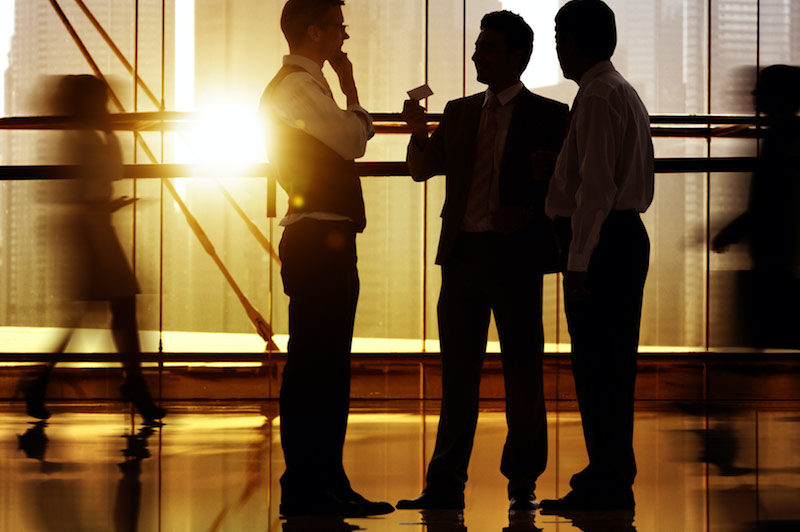 Academic research illustrates that half of all merger and acquisition (M&A) activities have failed to create lasting shareholder value. Studies on post-merger stock performance reveal that since 1990, in the two years after their deals closed, nearly 50 percent of the largest M&A transactions failed to produce total shareholder returns greater than their industry peers. Only 30 percent outperformed their industry peers by 15 percent or more. After five years of trading under the new structure, 70 percent of the survivors were still chronic under-performers in their industries. These abysmal statistics are the result that of the fact that, notwithstanding in most cases appropriate measures were taken to identify and quantify legal and financial areas of opportunity and risk, detailed measurement and mitigation of organisational risks emanating from culture were largely ignored.

In the field of enterprise business transformation of which M&A work forms a sub-set, the Daimler Chrysler merger is considered the case study that best illustrates the erosion of shareholder value based on the neglect of investigating, quantifying and de-risking corporate culture in the context of complex mergers or acquisitions of large-scale organisations.

In 1998, European luxury car manufacturer Daimler-Benz merged with the U.S. auto-giant Chrysler to form DaimlerChrysler for a price tag of $37 billion. It appeared the perfect industry match. When car sales were on a high, what made more sense than to control both the high-end and the mass market in the auto trade?

Initially, executives of the two companies sold the merger as a “marriage of equals”. This was untrue and became apparent immediately. Daimler-Benz bought Chrysler and treated the company as a subordinate, not a partner. This domination by one partner over the other filtered down from board level to middle management and permeated the entire new organisation.

Company leadership failed to sell their employees on a company vision for the future, and they failed to demonstrate the necessity of the merger and the long-term strategic and commercial benefits of the deal.

Key mistakes made with respect to this transaction are as follows:

• Company leadership did not sufficiently understand the risk of two different professional and social cultures coming together. Mercedes was universally perceived as high-end and premium brand, while Chrysler, Dodge, Plymouth and Jeep were considered by the Germans as a poorer, blue-collar relation.
• Employees at the two companies enjoyed very different wage structures, were organised in very different organisational structures and operated with different corporate value systems. Chrysler and Daimler-Benz’s brand images were founded upon diametrically opposite premises. Chrysler built an external brand centred on American excess, and encouraged a culture of assertiveness and risk-taking, while production was focused on cost-control and ensuring value for the customer. Mercedes-Benz, in contrast, exuded disciplined German engineering coupled with uncompromising quality, which at times lead to cost over-runs and inefficiency. As a result, a culture clash existed as much in the approach and practice to production as it did among employees.
• This fueled an undercurrent of tension, which was amplified by the fact that American workers earned appreciably more than their German counterparts, sometimes four times as much. This is not an uncommon factor that requires careful attention in the context of M&A integrations but was not sufficiently identified and flagged as a major pre-merger risk and was not included in the integration strategy of the two companies.
• Political dynamics at a leadership level exacerbated these tensions. Of particular significance was a sense that rather being a “marriage of equals”(the slogan used incessantly during the deal-making phase of the transaction and on its announcement), company executive leadership was not sufficiently advised or capacitated to lead the creation of a joint project, which would have seen knowledge and skills being exchanged with a subsequent building of camaraderie and mutual respect amongst workers. (This is in sharp contrast to the unlikely pairing of Japanese Nissan and French Renault that has proved that these cultural challenges can be overcome).
• Differing product development philosophies continued to hamper joint purchasing and manufacturing efforts as well. Daimler-Benz remained committed to its founding credo of “quality at any cost”, while Chrysler aimed to produce price-targeted vehicles. This resulted in a fundamental disconnect in supply-procurement tactics and factory staffing requirements.

These various factors had an immediate and direct impact on the performance of the business and without going into unnecessary detail, would result in ongoing changes to the leadership structure of the company and the erosion of shareholder value. Eventually, the nine-year, $37 billion “merger” of Chrysler and Daimler-Benz was dissolved in 2007 for a mere $7.4 billion.

Culture within organisations can appear to be a nebulous concept, however the literature and research in this field has increased substantially in the past 25 years and it now understood to be a critical aspect for consideration within the context of commercial transactions.

We define organisational culture as the set of assumptions and beliefs that employees hold collectively within an organisation, that give rise to patterns of behavior. This behavior in turn defines how work is conceived, conducted and produced and affects all aspects of the corporate value chain from innovation to client-centricity. As a result, understanding the culture of an organisation is critical to building a risk profile in the context of a merger or acquisition. As with the Daimler Chrysler example, where two organisations have different cultures this needs to be adequately identified and addressed. This notwithstanding, working with culture is a complex exercise that requires years of skill and experience, and differing culture in some cases can in fact be a very positive factor in the context of a transaction.

The factors that CCG is most interested in when first engaging with a client around issues of culture, pre and post-merger integration and risk analysis in this context are as follows:

1. Who is the leadership of each company, how might we understand their individual personalities and how do they work together as a team? We are particularly interested in the character of the CEO. Is she the type of person who feels comfortable with change, is she charismatic and able to deliver a strong narrative about a transformation or transaction in a way that inspires others (especially during hard times), and is she open to examining sometimes-difficult dynamics within the company?
2. How does the leadership across corporate divisions interact, what are the politics at play between divisions and between executives, general managers and senior managers? Critically, are these various levels of leadership able to engage with one another and manage conflict well, and are minority and dissenting voices tolerated and encouraged.
3. What is the general feeling or tone within the organisation? Are employees engaged, enthusiastic and optimistic about the future consequences of a merger or acquisition and potential subsequent changes in the company structure?
4. Where is power located in the organisation and who might serve as key change agents within the context of a large-scale business transformation, merger or acquisition? These individuals are often not the most senior members of an organisation, but by virtue of their organisational influence and knowledge, are able to wield significant power. It is imperative to identify these individuals early in the piece, listen to their advice and win their support.

The more complex work begins when we overlay the answers to the questions above (and there would be many more we would examine) from both companies and begin to dissect the interdependencies and potential areas of conflict or disconnect between the two.

How do we actually measure culture?

Fortunately we have good tools and methodologies for producing evidence-based analysis of organisational culture.

Some of these methodologies include interviews, focus groups, workshops, online assessments and road shows. Each of these techniques provide the skilled consultant with invaluable information about the mood and tone with each organisation concerned, common areas of concern, and more subtle dynamics that invariably play out at a leadership level.

CCG is accredited at Level 2 on the globally leading culture assessment tool Barrett Corporate Transformation Tools. We use this online assessment to measure the thoughts, enthusiasm and concerns of employees in order to build a picture of the corporate culture as a unified whole, as well as the micro-cultures that invariably exist in the system as well.

We particularly like Barrett because in the context of M&A we can measure the personal values of employees, the company as they currently see it, and what they aspire to in the future. The information produced by the survey is extremely accurate, quick for employees to complete (20-30 minutes), well displayed graphically, easy to understand and cost effective. Careful analysis of these results allows the consultant to build a clear picture of areas of overlap (a positive) or divergence (potential risk).

CCG’s position is that integration as an operational and strategic concept is key for the successful delivery of a complex transformation program. Production integration achieved through strong organisational commitment to the program as a whole, alignment between senior leadership around the need for the program and its intended outcomes, a strong transformation office that is sufficiently resourced to stand up and run the various portfolios of work beneath it, and transformational leadership that is both highly experienced and committed, with an eye for complexity and the gravitas to resolve it, are all key factors for M&A transactions to succeed.

For more information on Barrett and how we use this powerful tool, please see our website at https://changeconsultinggroup.com/change-management-services/ccg-analytics/.

The solution to ensuring that these mistakes are not made

The Change Consulting Group developed System7™ as a system for examining areas of potential synergy and risk in the context of a merger/acquisition, which allows both parties to determine whether to proceed with the transaction and on what basis. It also provides for a detailed set of recommendations that would mitigate risk where this is identified.

What we have consistently found to be true in the context of M&A transactions is that the amount of time spent on the legal and financial aspects of doing a deal far outweigh a deep understanding of the organisational factors which might give rise to risk to the transaction. This is understandable to some degree because the latter are often far more difficult to quantify and leadership usually hope that once a transaction is consummated, the rest will fall into place. This is a critical mistake and will invariably result in total deal failure, or at least failure to realise intended ROI on the transaction. The Daimler Chrysler example above we believe well illustrates this.

The insights gained from our analysis can be used to determine the commercial value of a target company, communicate to the respective boards of directors and senior leadership teams in a productive way and inclusive way, build a successful bidding strategy, manage negotiations (particularly during rocky times), and accelerate the integration of the two organisations with minimum disruption and maximum return.